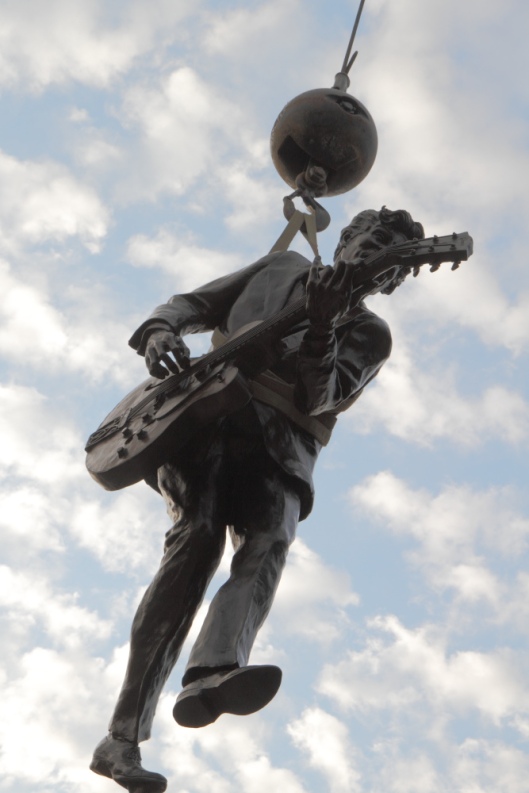 Not quite literally, but that is his statue high in the air on its way to settling into its permanent home in the University City Loop.

I got up at the unearthly hour of 5:30 a.m. to watch the installation of the one and a half ton statue. I arrived to find it sitting on a small flatbed trailer while an enormous crane positioned itself to make the transfer. A lot of care was being taken to see that the statue was safely lifted, but eventually everything was judged to be in order and the welds that held the statue to a baseplate on the trailer were cut.

The statue was then lifted and lowered onto four embedded bolts to hold it in place. The hole will be filled in later. 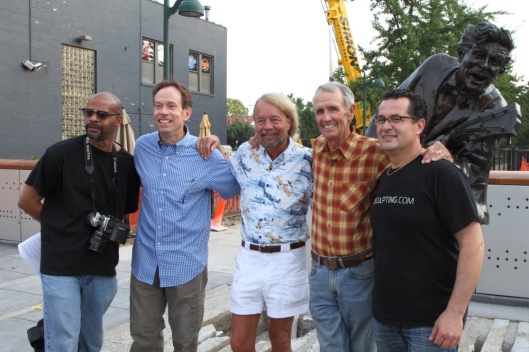 I like the way the head of the Chuck Berry statue leans over the group.

21 thoughts on “Chuck Berry flies over the University City Loop!”