The strangest dream last night – I was at the Beatles' last recording sessions trying to get them to select a sequence of songs for their album. They were squabbling and couldn't decide; Lennon kept playing "Don't Let Me Down" over and over.

None of this has anything to do with yesterday's drive out into the country. A long journey, begun, as I did last week, by driving the Page Extension into St. Charles. I drove a little further west than last week, hoping to find Missouri Route 94, but swiftly became lost among the burgeoning suburban developments that now cover the surroundings of that old, and still delightful in places, riverside town. 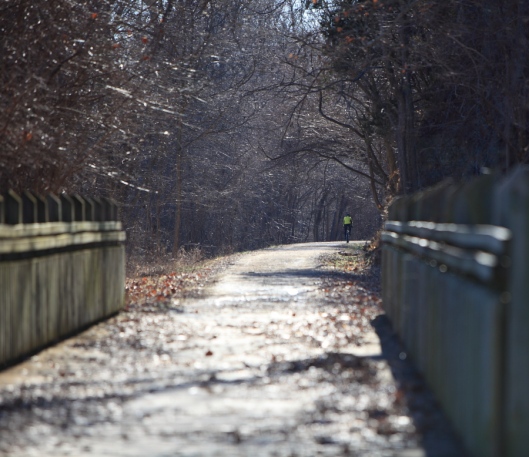 However, that did not end badly as I stumbled on a pretty road following the Katy Trail for a few miles that eventually led back to Route 94. Whereupon I headed south and west out to Dutzow, again paralleling the old railway route of the Missouri-Kansas-Texas Railroad for much that drive. 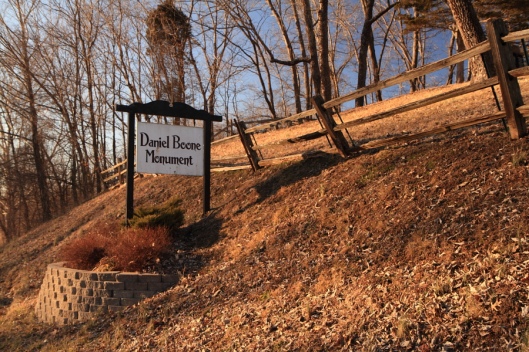 Once in Dutzow, I spotted a small road leading out towards the hills, another "Bluff Road" (there are lots of Bluff Roads in this area as you might imagine). I'll follow this for a while, I thought, so I did.

Thereupon, I came across a little curiosity. The Daniel Boone Monument is one of two places considered to be the final resting place of American folk hero, Daniel Boone. This should not be matter of dispute, officially Boone's bones were moved to Frankfort Cememtery in Kentucky. However, the moved bones may have belonged to another person.

However, there is no dispute that Boone died close to nearby Defiance, so this death memorial seems perfectly legitimate. Perched on a pretty hill, clearly the burial site of Boone's wife's family, the Bryans.

The memorial stone itself is much more modern looking, attractive but a little out of its time. 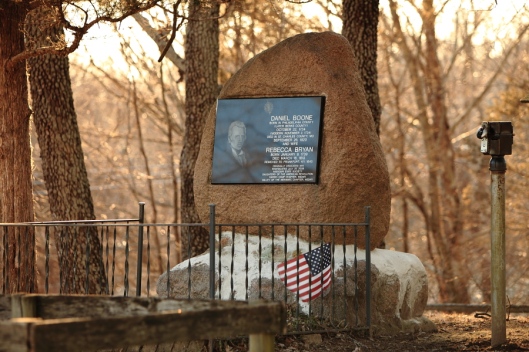 I took the drive back home slowly. The setting sun was casting a simply breathtakingly beautiful light on the rolling hills and I found myself stopping frequently just to look at it.

This is Missouri's prime wine country, the spindly vines bare of leaves or grapes during this persistently cold winter.

Near Augusta, I fleetingly caught sight of something most unusual, and turned the car around to look again. 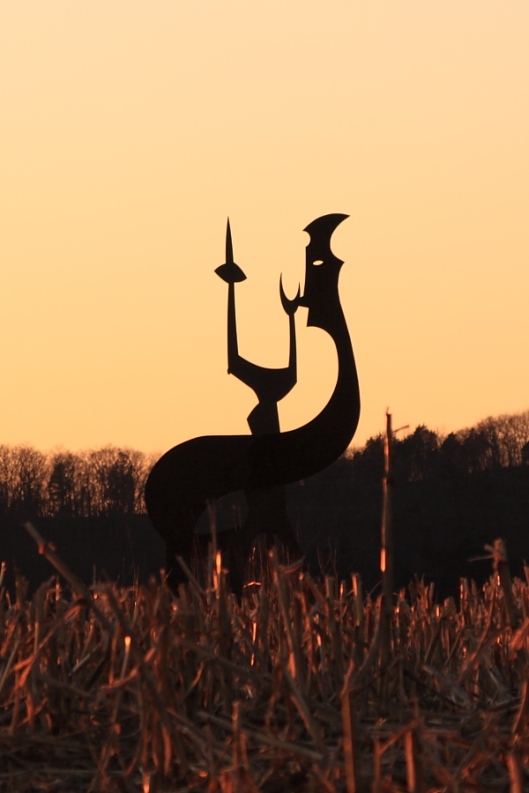 An extraordinary iron statue, sitting in the middle of a corn field.

Not what I expect to find in rural Missouri.

I ended the day by making the steep climb up the overlook at Klondike Park.

The moon was now higher and brighter and I just missed the final last glimpses of the setting sun as I puffed up the path, but the view was still lovely. Cold, though, with a strong wind. My fingers were red and after a few quick photographs, I hurried back down to the car. 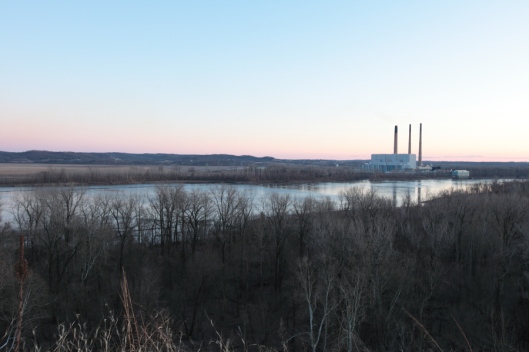 9 thoughts on “Following the Katy Trail”