I am engaging in a very enjoyable, learn-by-experience, self-taught course in printing. Up 'til now, I've given very little thought indeed to the medium of photographic print, and ever since I became a digital photographer, my main focus has been what I (and you) see on this screen.

Not any more. Since I've begun printing in a serious way, I've had to come to terms with paper that is glossy, semi-glossy, matte, fine art matte, matte & rag combined, rag, and fiber. Different weights and thicknesses. Different degrees of ISO brightness. Different finishes and textures, smooth, linen, museum etching, canvas – it goes on and on. The thing is, what you choose to print on has a radical effect on how the image will appear.

For example, consider this photograph: 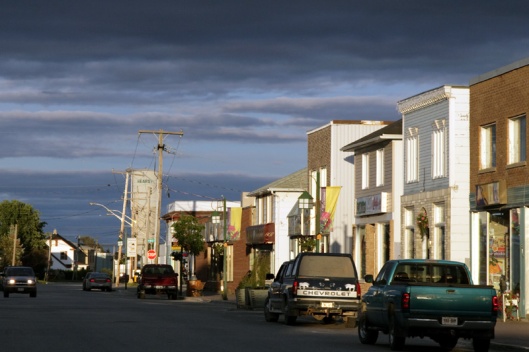 I originally selected a matte photo rag paper (made by Canon) to print this. This had worked very well before. But for this particular photograph it was a failure. The dark colors were too heavy, and the highlights were blunted. It's not a total failure – it has a shimmering quality about it that is attractive, but it is not what I was looking for. Substituting a semi-gloss paper reinforced the contrast and brought out the highlights, and looks much better to my eye. So I have learned that a high contrast, dark dominated photograph is much better suited to non-matte surface if you looking for crispness and clarity.

So, slowly, I am getting a handle on what different print media will enhance and what they will under-emphasize. It's all part of the process of getting these images away from this screen and out into the real world of artifacts. Then, of course, there is the effect of how the prints are mounted and lit. So, the already complex process of letting light into your camera and recording it according the parameters you select becomes even further complicated by the printing and its subsequent display – and that's not even accounting for any image processing you might do using software.

It really makes me think back to all those years gone where I might have spent a lot of time on taking a conventional film photograph, yet gave no consideration to it once it was sent away to a developing lab. Where, unless you paid a lot of money for personalized service, all that happened was that the role of film was fed into a machine and developed according a set of standardized settings – with equally variable results according to how the photograph was taken.

The upshot of all this – about from making poor use of expensive paper and ink – is that I am getting a set of refreshing insights into the process of photographic reproduction and finding far more levels of interaction that I used to consider. I now have a lot more control over just how my pictures are seen. I find this very exciting!